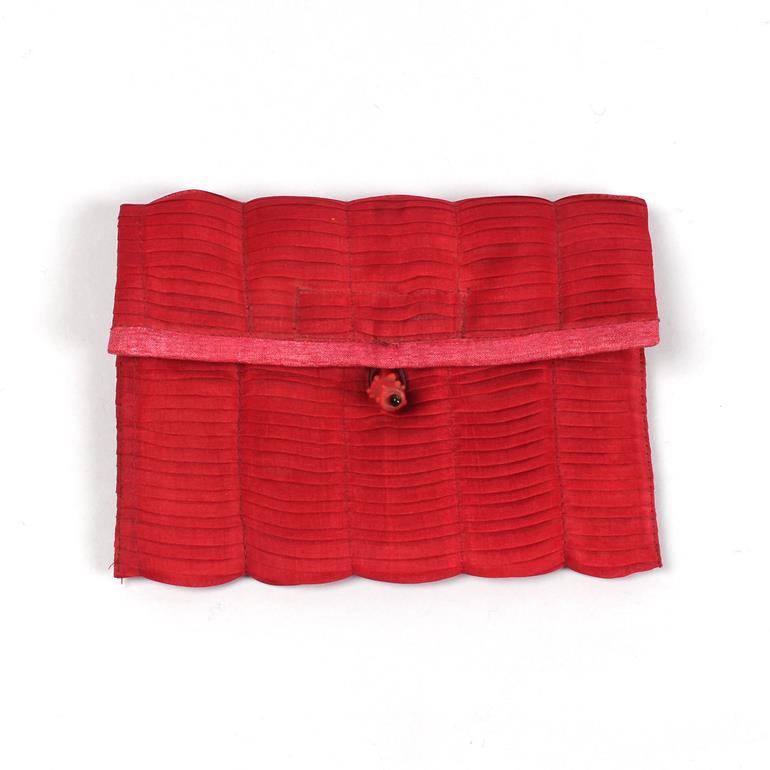 Nagada, three plain but magic syllables going beyond Pharaonic Egypt. The name echoes like the rhythmic response to the shuttle of the weavers. On the left bank of the Nile, close to Luxor and 20 km from the Valley of the Kings, NAGADA has been weaving since centuries. Until today the craftsmanship remains unchanged. During the twentieth century the production of textiles was focused on one item, a shawl called ferka. Merchants supplied the raw materials, paid the weavers and exported the shawls to Sudan and Ethiopia. In 1988 the socio-economic problems arose in Sudan and weavers were left unemployed. A Canadian development program started in 1991 to revive the production. Michel Pastore was appointed as delegate designer for this project. A paid training program for approximately 30 weavers, selected among the most neglected families, was set up. New patterns, in the tradition of the ferka, were a source of inspiration for a new, high-quality production. At the end of the development program, Michel Pastore decides to continue this adventure. He starts a partnership with the Lebanese fashion designer Sylva Nasrallah who studied in Paris and lives in Cairo. They create a company called NAGADA and start the creation of their first collection. Today NAGADA has different production places in Egypt and abroad. The focus is still on traditional weaving techniques. The garments and textiles are modern but find their inspiration in ancient sources. They are simple, comfortable and universal. They are meant to be used in the every-day life. ref. 31238 poche